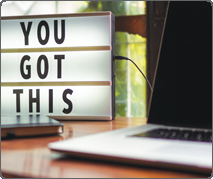 Are You Keeping Up with Updates?

To maintain security, get the latest software versions on all your devices

Updates may seem like one of those things your computer does that just gets in the way of you using it. However, updates are more than just better versions of your software or operating system (OS). They provide critical security components that can help prevent viruses and other serious issues.

Computer Updates Updating your computer's OS (such as Windows or macOS) is one of the best things you can do to prevent viruses. Why? Hackers develop viruses to take advantage of vulnerabilities within current OS versions. Each update changes the OS enough so that those viruses no longer work on computers that have the newer version installed. Hackers know not everyone updates their OS, so even though a new version may be available, their malignant code still works on some computers.

Software updates are similar to OS updates in that the new version helps your computer, and the application itself, operate more smoothly.

Both OS and software updates can happen manually (that is, you initiate the process) or automatically (the computer does it without you having to do anything). Whenever possible, you should set your computer OS and software to update automatically without your involvement. That way, you can rest assured that you always have the latest versions of critical applications on your computer.

Smartphone Updates
Smartphone software updates matter just as much as those on your computer. To illustrate this point, here are some of the improvements made in the latest Android update, according to Android expert JR Raphael, writing for Computerworld:1

Raphael goes so far as to state, "Software affects your phone-using experience more meaningfully on a day-to-day basis over the life of a modern mobile device than any other feature or element."

This is true no matter which OS your phone uses. Apple makes it easy for iPhone users to manually update to the latest version of iOS and recommends you make a backup of your device before doing so. You can also have your device update iOS automatically.

As with computers, the apps your phone uses also need to be updated regularly in order for you to have the latest features as well as the highest level of security.

QUICK TIP: In addition to the OS and applications, you may also need to update drivers on your computer.

That's a Lot to Remember
Remembering to update operating systems and all the software applications on all your devices might seem cumbersome, so here are several tips for making this necessary task a regular part of your life:

Think of these updates as regular device maintenance, similar to what you would do for your car. This old saying also applies, "An ounce of prevention is worth a pound of cure."

What Happens When Businesses Don't Update?
According to McAfee, a virus protection software provider, the Equifax data breach in 2017 happened because "the hackers were able to access the credit reporting agency's data through a known vulnerability in a web application. A fix for this security hole was actually available two months before the breach, but the company failed to update its software."2

As a result, the data of 143 million people was exposed, including names, Social Security numbers, birth dates, driver's license numbers, and home addresses. When hackers gain access to information like this, they can sell it on the dark web to people who use it for malign purposes such as opening financial accounts in your name, gaining access to accounts you already have, or committing tax fraud. These actions can have a devastating impact on a victim's finances for years to come.

The Equifax data breach is an example of how millions of people can be affected when users don't update their software, but the same general principle applies to individuals and their own devices.

How to Update Your Computer's Operating System